There are around 200 types of arthritis - or musculoskeletal conditions. Warning signs of arthritis in hip include pain, swelling, stiffness and difficulty moving a joint. 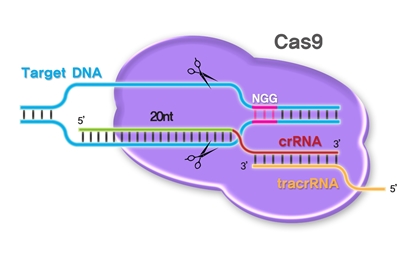 We then developped several applications based on the CRISPR/cas9 system that are available now as DNA vector based systems (dRGENs) or injectable RGENs (aRGENs):

Design and synthesis of plasmids vectors encoding for the CRISPRs targeting your sequence, gene or genomic region of interest. The single-guide RNA (sgRNA),consisting of crRNA and tracrRNA, and the Cas9 protein can be expressed from 2 different plasmids to be co-transfected or from one plasmid expressing the whole system. Selection markers are also available for our CRISPR vectors, such as hygromycin, neomycin, puromycin with or without co-expression of mCherry or eGFP.

Multiple sgRNA clones can be constructed and co-transfected with one Cas9 clone to enable simultaneous editing of several sites within the genome, offering greater efficiency and flexibility for the experiment design.

- Cas9 wild type in mammalian expression vector or lentiviral vector, co-expression of eGFP or not.

- Cas9 D10A "nickase" in mammalian expression vector, co-expression of neoR and mCherry or not.

All components of RGENs will be in active form (RNA components as in-vitro-synthesized RNAs, Protein component in purified recombinant protein). When mixed they are active enzyme. It is a perfect option for researchers who are planning to make KO animal by direct cell injection (c.elegans, drosophila, zebrafish, medaka, mouse, rat, rabbit and etc.). aRGENs also can be directly delivered into cultured cells (by electroporation / possibly by protein transfection reagents) to induce efficient genome engineering.